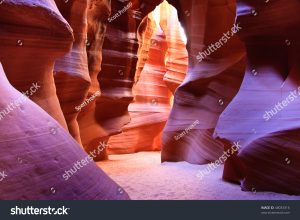 This poem tells the story of my search for the copyright permission to use the quotes from the letters written by prisoners in It Should Be Me Who is Looking After You.

Crossing the Waters
for Billy Kwok

The evening I called Hong Kong, it was warm
for February in San Francisco. You were in the morning
sun, me, in the fading light. Your voice on the phone,
not a message, such a surprise. You answered, I didn’t

know what to say, as if I were in a slot-canyon on a river,
in a boat, seeing the narrows ahead, instead of on the phone.
You answered, your greeting so respectful, my canyon opened
up, changed its geography. I wish I had thought to thank you first

of all, for your article in the New York Times. How small
I still felt, and tongue-tied. But I heard myself telling you about
the poem I wrote because your words opened a channel in me.
A passage from California to Taiwan, a story about letters

from the dead. Political prisoners, executed for speaking out.
Given a pen and paper to write farewells the night before
their deaths. Their letters buried in a drawer, a cabinet,
a word-lined grave. What would it feel like to excavate such

a letter, to see your father’s or grandfather’s handwriting sixty
years later? I try to imagine. None of my relatives in prison,
none executed by a government for “thought crimes”.
No authorities telling them to write farewells to their families.

Nothing waiting for me in a pile of papers in an office
suffused with the dust of decades. And yet—
There is no corner on the market of suffering.
I asked you who owned the letters because I needed

permission to put them in my book. Messages from a graveyard
of narrow rivers. Who owns them? Who owns anything?
From haggard landscapes to tributaries of nourishment. Imagine
the currents of words, lost for so long. And finding you,

does it give me hope? Does it heal me somehow?